His speech was even smoother than his skin. Words from forked tongue splitting the innocence I had delighted in, so that somehow, that which was life looked like death, love, like some dark oppression.

In front of my eyes shone the fruit. It mesmerised me with its promises. Golden, glistening, glamourous; it hung from a branch, suspended in the morning sun.

In its skin I could see my reflection, the hunger in my eyes staring back at me. And as I peered into this amber orb, the me in its mirror suddenly spun on her heels. With a flick of her head she was off, with a stride of success that said ‘I am where they want to be’.

The freedom of her image caught me by surprise – what was this dark magic dangling so close to my eyes? But, I did not turn away, for something about it was so compelling. Instead I peered more intently into its promise of another way. And there I was, in the fruit’s reflection, so very beautiful. There the red carpet. There the diamonds. The cheering of the crowd. The flash of paparazzi. My name in lights. Adulation. Acclamation. Adoration. Of course I was going to bite.

It was great at first, life out of the garden. It was all and more that the serpent had promised it would be. I was on the cover of every glossy magazine. Designers draped me in silk and fur. Days were spent on movie sets with fawning directors. Evenings would be made of cocktails with the brilliant and beautiful. I was, they all said, a goddess.

Yet increasingly at night, when the crowd had dispersed, my world felt somehow hollow. Finding myself alone in a faceless hotel room, Adam absent (seeking no doubt his own reassurance of worth in the arms of yet another young actress), I found myself staring once more at my reflection. And I no longer delighted at what I saw.
My painted face looked weary and worn. The gems round my neck were heavy and binding. The covetable gown seemed to be covering a truth, shrouding an innocence from a distant past.

As I gazed in that mirror I was left with a longing. The memories of a garden and a friendship and a closeness. Of a love that demanded obedience, not out of cruelty, but because in that was perfect freedom.

That night, in that room, I finally saw it all clearly, as if for the first time. My God. 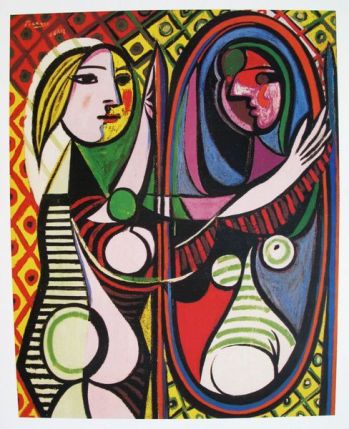 That the true beauty of my reflection, was really to be found in that it had once borne his reflection.
That while I was seduced by glamour, he’d put aside all majesty, to trudge the dust of the earth, just to be close to me.
And that whilst I sought to see my name in lights, I had failed to see, that all the time, he had written my name on the very palm of his hand.

And so I quenched this eternal ache the only way I knew how – with the bottom of a bottle of whisky and another handful of pills.